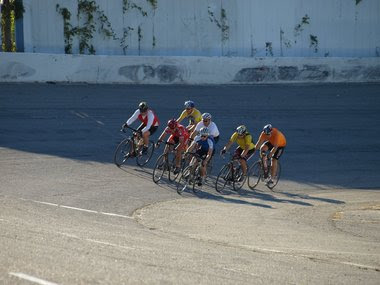 We had a version of this last year that was pretty fun and it looks like it's back. As reported in the Huntsville Times, the Omnium will be held at the Huntsville Motor Speedway tomorrow night. Check it out:

HUNTSVILLE, AL - Even if you don't like biking, this sounds pretty cool.

On the same quarter-mile track that for years has hosted NASCAR greats like Bobby Allison, hundreds of cyclists will take to the high-banked oval asphalt and battle it out in the Speedway Omnium Friday night at Huntsville Speedway.

"For anyone who has not witnessed this kind of racing, it is a real treat and far more entertaining for spectators than road races or even criteriums," said James Dawson, race director and a member of the Spring City Cycling Club.

The event starts Friday with registration at 4:30 p.m. and concludes by 7:30 p.m. with the presentation of awards. Admission is free for spectators. Alabama Wheelman is hosting the event.

The race coincides with a big bike race weekend. The Spring City Race Division 2011 Summer Omnium will include races in New Market on Saturday and a criterium downtown on Sunday.

"With the 2012 Summer Olympics in London only a year away, cyclists of all types are taking renewed interest in track racing," Dawson said. "With a large number of cyclists expected for this year's full weekend of racing, starting with the Speedway Omnium, an exciting night of racing at the speedway will surely result."

In the Summer Olympics, the track is a venue known as a velodrome, which is defined as a steeply banked oval track. The closest one of those, according to Dawson, is in East Point, Ga. Because fixed-gear bikes are normally used in track racing, not many track races are held here.

But for this weekend, Dawson said USA Cycling allows road bikes to be used for track racing at an appropriate venue, such as a paved speedway with banked turns. Since road bicycles with multiple gears, brakes and freewheels can be used, the event is appealing to those who attend the annual race weekend held by the Spring City Race Division.

The Speedway Omnium will consist of five short events in which all licensed riders can participate regardless of category. The five events allow racers to accumulate omnium points toward the overall placement and a modest purse. The events are a 6K scratch race; 10K points race, where the result is based on points accumulated in the race; 8K miss-and-out race, where trailing riders are eliminated on every lap; 4-6K unknown distance race; and the exciting 4K team pursuit.

After each of these events, the intermediate results are announced so riders and spectators know who is in the running for the overall placements.

"All the action is in continuous view, allowing the strategies of the race to unfold as you watch," Dawson said. "The banking on the two broad turns of the oval allows top speed to be maintained at all times.

"The racing is a unique combination of raw power and clever stratagem that will keep you at the edge of your seat."
Posted by ponyheart at 5:19 PM 2 comments: Links to this post 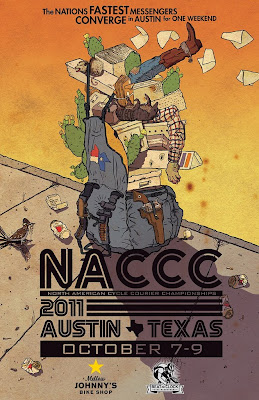 i plan on going to this and already have a place to stay if someone wants to tag along...
Posted by ponyheart at 1:46 AM No comments: Links to this post

Coming Up Next Weekend! 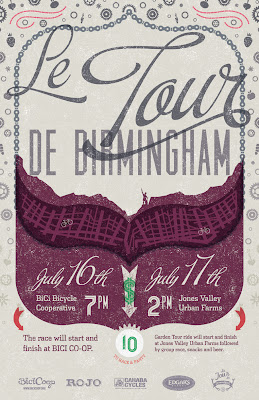 we definitely need to get a group to go to this and share the love! lets talk on the ride tomorrow!
Posted by ponyheart at 12:05 AM No comments: Links to this post